Although dinosaurs became extinct many millions of years ago, they still attract a lot of attention. Most of these giant predatory reptiles are closely related to the birds we know today, hence the suspicion that the realities may have been slightly different than we imagine. Instead of the huge, thrilling lizards known to us from Jurassic Park and similar movies that have entered the canon of pop culture, imagine a creature with a beak and feathers. It will arouse much less respect. As it turns out, the images of the prehistoric inhabitants of this land known from films are probably not that abstract. All thanks to the Megalosaurus.

Megalosaurus is a name derived from the Greek language. Megalosaurus is also known as the “great/big lizard”. That term alone tells us a lot about this creature, but let’s start at the beginning.

The first Megalosaurus was named and described in 1824 by William Buckland – an English pastor who also worked in geology and genealogy.

Fossils discovered in sediments from Oxfordshire, which lie within the borders of England, allowed to start research on this fascinating creature. Initially, it was argued that the dinosaur would be giant and could be up to 20 meters long. As it turned out later, the estimates were too optimistic, but Megalosaurus itself was not a small one (hence its name)

About the same time Mantell was trying to identify his finds, Professor William Buckland became interested in a jaw with dagger-shaped, curved teeth. This and other large fossil bones were found in Jurassic settlements near Stonefield in Oxfordshire. Buckland published the first scientific description of a dinosaur in 1824, giving the carnivorous animal the scientific name Megalosaurus.

Megalosaurus is a genus of predatory dinosaurs. It lived about 168 to 166 million years ago in the central Jura in the territory of today’s Western Europe. As the first genus of dinosaurs ever to be scientifically named, it has special scientific-historical significance. The genus includes only a generally recognized nominal species – the Megalosaurus bucklandii.

Period and areas of occurrence

This dinosaur walked on the ground in the Middle Jurassic. It lived in the areas of today’s Europe and his remains were also discovered here.

The Megalosaurus is a theropod that belongs to the Megalosauridae family. All the creatures in this family were large animals, even in relation to other Jurassic reptiles. Their body length was up to 9 meters. Megalosaurus was no exception. It was the first named and formally described dinosaur. The complete skeleton of this creature has not yet been found, and the materials collected for the study come from several individuals.

Moreover, on the basis of excavations carried out in England, it was possible to establish that at least two other species of giant theropods roamed Europe at that time, apart from Megalosaurus. Among the research material, only one has been classified as Megalosaurus without any doubt. It is about the dental bone and other mandibles, the structure of which allowed for such tests. However, the initial assumptions of scientists meant that a number of other species were included in the Megalosaurus family. Only later it turned out that such a classification is incorrect and we have contact with separate types of theropods.

But going back to Megalosaurus itself, research indicates that he lived about 168-166 million years ago. Its length could be even 7 to 9 meters, and the height is about 2 meters at the hips. The giant reptile could weigh about a ton.

The structure of the cervical vertebrae suggests that the neck of these dinosaurs was quite flexible. The hind limbs had four fingers, three of which were directed forward (the Megalosaurus rested on them when walking); one toe backward was reduced. The forelegs are short.

The head of the Megalosaurus was small relative to the body; the length of the skull was approximately 1.125 m. The skull is rectangular with a small rounded slope in the nose. The eye opening is oval. It is quite possible that inside it was a ring of small bones (this is typical for many theropods and ichthyosaurs ); in this case, the eyesight of the Megalosaurus should have been very good. There was probably a small ridge in front of the eye opening. The skull had large vents that greatly lightened its weight. Nevertheless, the bite was very powerful. Separate pieces of both jaws have been preserved from the skull of the Megalosaurus.

His jaw was powerful and his teeth were long and pointed. It was the jaw itself that aroused great interest among scientists. Thanks to a construction different from that of other prehistoric reptiles, it was possible to confirm without a doubt that we are in contact with another, separate species.

Based on the structure of the teeth in the maxilla, scientists have also confirmed that some of the jaw bones discovered in England also belong to Megalosaurus. Without this distinctive feature, the discovery would probably be downplayed and forgotten over time, and the Megalosaurus itself would not be described.

The mandible of a Megalosaurus consists of 13 or 14 teeth. As mentioned before, they were very sharp and relatively large. Moreover, the maxilla is distinguished by an unattached third alveolus, a straight tooth bone with a non-fused symphysis area, high and unattached interdental plates, and a lateral row of neurovascular holes in the dental bone located in the groove.

Although it was initially depicted as a large theropod that does not stand out in particular, in fact, over time, some fundamental differences were found. It is estimated that his skull may have been slightly shortened. From the skeleton reconstruction and subsequent computer reconstructions, the scientists determined that the animal was not only unusually large, but also muscular and stout.

Sharp claws made hunting easier. The large skull made the jaw muscles very well developed. His eyes were probably small, so it is assumed that he hunted mainly on the basis of his sense of smell – the features described above leave no doubt as to the fact that Megalosaurus was a predator. Its main food must have been other, often smaller, dinosaurs.

So far, not a single complete Megalosaurus skeleton has been discovered. Only scattered bones were found by paleontologists, including the jaw, several vertebrae, the pelvic bones, and the hind limb. At the end of the century before last, Megalosaurus was presented as an upright lizard, and based on scant data, scientists reconstructed the skeleton of a dinosaur as the skeleton of a reptile walking on two legs and leaning on a thick tail. New discoveries made it possible to accurately restore the bones of the Megalosaurus, and with it the appearance of the dinosaur.

Only a few teeth that are directly in the jaw have survived to our time. The Megalosaurus tooth was quite long. Its sharp tip curved back; this gave the lizard the opportunity to firmly hold the prey in its mouth. The tooth was wide and thick and firmly seated in the gum. Some of the smaller teeth were round in diameter; they were less bent and had a conical shape.

Did Megalosaurus live alone or in packs?

On the basis of the current research material, it is difficult to determine whether the animals were loners or hunted in herds – in such a situation they would be able to threaten even a much larger opponent. Operation in groups, however, was often the domain of slightly smaller predators, so one can have justified doubts here.

At this point, however, another question arises. Further research was carried out in the English settlements where the first fossils were found. As it turns out, the remains of many individuals of various sizes were found. On the basis of the materials, it was distinguished that the bones belong to at least five adults individuals. However, it is known that there was more than one Megalosaurus there. Therefore, the question remains whether the finding of the remains in similar places was related to the fact that the animals lived in groups, or we could speak of a pure coincidence – Megalosaurus lived in a similar place and at a similar time, but each on his own account.

Over the course of nearly 200 years that separate us from the first research on Megalosaurus fossils, the remains of this reptile have been encountered many times. Despite the previously described doubts regarding the classification of specific remains, their number may suggest that Megalosaurus was the most abundant large predator in England and was probably at the top of the food chain in its ecosystem. Due to the size of the Megalosaurus, it is difficult to imagine that any other creature would have a chance to threaten it.

Although Megalosaurus is one of the longest known dinosaurs, it is one of the less well known dinosaur species due to the relatively sparse remains that have survived. Everything that can be said about its appearance and physique must either be derived from the available material or from better known, relatively closely related species.

So part Megalosaurus, based on the size of the traditional bone, probably the largest theropod the Middle Jurassic: Adult animals reach a head-to-tail length of 8 to 9 meters and a body mass of probably more than 950 kilograms. The strong, robust bones indicate that Megalosaurus had a muscular, compact body, but was probably not quite as robust as Torvosaurus. The straight tooth up to the symphysis suggests that the snout was relatively pointed. Otherwise, he may have shown the typical appearance of a Tetanurae (that is, a relatively “primitive” theropod), with relatively long arms and three-fingered, clawed hands. 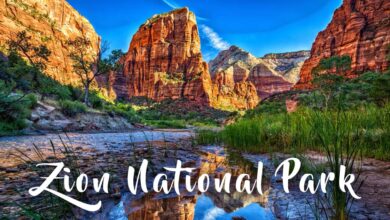 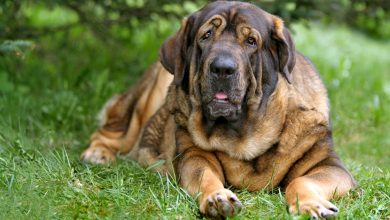