The bison is a powerful looking representative of the buffalo (Bovidae). The front of its body is much larger and stronger than the back. Bison feeds mainly on grass, but they also do not disdain leaves, small branches and lichens. Bison consists of two modern species – the European bison (Bison bonasus) and the American bison (Bison bison) and five ancient species. American species is composed of two subspecies: Plain bison and Wood bison. Wood bison (forest bison) was discovered at the end of the 19th century. In the 19th century, the American bison population was exterminated for commercial purposes – the population has shrunk from 60 million to less than a thousand.

Wood bison (forest bison) was discovered at the end of the 19th century. Some scientists consider the forest bison to be a subspecies of the primitive bison (Bison priscus) that has survived to this day . Until now, they have survived only in deaf swampy spruce forests in the basins of the Pease, Buffalo, Birch rivers (flow into the Athabasca and Great Slave lakes).

The ancestor of bison

The ancestor of bison is considered to be a wild bull of the genus Leptobos, who lived in the Pliocene. This Eurasian proto-bison was native to India and spread northward. In the wide Asian steppes, it evolved into a steppe bison ( Bison priscus ). From Siberia, the bison migrated across the natural bridge that existed in the Pleistocene to North America . One 35,000-year-old fossil surviving in permafrost was found in Alaska in 1979 .

The steppe bison was hunted by Cro-Magnons, who left numerous cave images of hunting moments. At the end of the last ice age, it became extinct in Eurasia, leaving, however, a number of species splintered from it, the only one of which today is the bison .

According to the drawings depicting bison from the Altamira cave in Spain, we can confidently talk about the existence of then at least two different species of bison.

In North America, steppe bison have split into several evolutionary branches. One of them was the giant Bison latifrons, which lived in small groups in the forests and became extinct about 20 thousand years ago. Another branch was the much smaller Bison antiquus, which was better adapted to life on the prairie and lived in huge herds. In the early Holocene, however, it was supplanted by the species Bison antiquus occidentalis, which became the ancestor of the present American bison.

Before the arrival of the Europeans, huge herds of bison lived on the prairie of North America. Borrowing horses from Europeans, the Indians from the 17th century specialized in hunting buffalo, creating a unique culture that lived exclusively on hunting them. However, the scale of this hunt never threatened the bison population. This situation changed when, during the development of the White settlers of the Wild West, the giant herds of bison were almost completely eradicated, in large part due to the high demand for skins.

Of the currently existing species, not only the American bison, but also the European bison by the end of the 19th – beginning of the 20th centuries were almost completely destroyed due to predatory hunting and displacement from their original habitats.

Currently, work is underway to restore the Eurasian bison population – a herd of 90 Canadian forest bison was brought to Yakutia (3 times 30), with the aim of reintroduction in the Russian Far East.

The bison, otherwise known as the American bison, is the cousin of European bison. It occurs in the prairies of North America. Before the arrival of the white man, buffalo were found almost everywhere in the North American continent. In the 19th century, mass hunting led to an almost complete extermination of these animals. The reason was the precious skins – the white hunters killed them without restraint. Those bisons, which did not fall victim to greed, found refuge in nature reserves (e.g. Yellowstone) and live there to this day.

Area of occurrence in the past

Previously, the bison, or buffalo, as North Americans call it, was distributed almost throughout North America , but now it is found only north and west of Missouri .

Area of ​​distribution of the bison was from the shores of the Atlantic Ocean westward to the borders of Nevada and Oregon. To the south to 25 degrees, to the northwest to approximately 65 degrees north latitude. In the 60s of the XIX century, between 95 degrees West and the Rocky Mountains. By the beginning of the 18th century, from Lake Erie and the Great Slave Lake in the north, to Texas, Mexico and Louisiana in the south, from the Rocky Mountains  to the Atlantic coast, there  were more than 60 million bisons. The number of steppe bison was estimated at 50 million heads.

Bisons feed mainly on grass, up to 25 kg of grass per day. They can feed in snow up to 1 m deep. Thick fur protects the bison well. Easily tolerate 30-degree frosts. In winter, they look for areas with little snow.

This clumsy-looking animal moves very easily and quickly, trotting and galloping at such a speed that not every horse can overtake it. Bison can run at 60-70 km/h 5 miles (8.0  km ) , while a horse and rider can only run at this speed for one kilometer.

The bison swims very well too

The bison lived in societies, often in herds of 20,000. Each herd is under the leadership of several old males who guard it very carefully and vigilantly. The bison is very strong and in irritation is dangerous both for the hunter and for any other enemy, has a good sense of smell and hearing. It emits a musky scent that can be felt at a great distance.

Features of the structure and fur of the wood bison (Bison bison athabascae):

Fights between buffaloes usually take place during the mating season. The bulls become very aggressive then, violent fights for the right of access to females break out.

The fight of adult males is an extraordinary sight. At the beginning, both opponents try to scare each other. The animals roar, roll in the dust and sway their heads menacingly. This show continues until one of the males scares the opponent. If this does not happen, the buffalo start a real fight. They circle around each other, making quick turns, and eventually bang their heads trying to hurt their opponent. However, they do not hurt themselves much, because their horns are relatively short, and the woolly hair on the head effectively absorbs the blows.

In Poland, in the Białowieża Primeval Forest, there is the European equivalent of the buffalo – European bison. The bison is taller than its American counterpart (about 2 m), but weighs the same. It has a smaller mane and longer horns. The habitats of the bison are forests with large plain clearings.

Mass extermination of bisons in the United States

In the 19th century, the American bison population was exterminated for commercial purposes. Wanting to subjugate the Indian tribes, the US government decided to exterminate herds of bison, thereby destroying the food base of the indigenous population, which used bison meat for food, and skins for sewing clothes and building houses. A huge number of American hunters killed hundreds of thousands of bison every year for the hides, which were in great demand both in the United States and in Europe.

American pastoralists destroyed bison to free up territory and resources for their livestock. Buffalo meat was fed to US Army soldiers from outposts on the plains, as well as railroad builders. Bison hunting has also become a popular pastime – even attracted Grand Duke Alexei Alexandrovich during his visit to North America in 1872. The US authorities were reluctant to take measures to protect the bison population, realizing the detrimental effect of extermination on the life of the Indians, whom the government, not without problems, tried to relocate to land allocated on the reserves.

According to researchers, in 1800, the number of bison was30-40 million animals, and by the end of the century they were almost completely exterminated: less than one thousand remained. The creation of Yellowstone National Park in 1872 was the first event to avoid the complete extinction of the species. However, the laws of those days only prohibited commercial hunting in the federal lands, which was used by poachers to evade responsibility. Military patrols were unable to put an end to poaching, and it was only in 1894 that a law was passed completely banning any hunting of all animals unauthorized by the park’s management.

Bison as a symbol

The bison, as the largest and most famous animal (next to the American bald eagle) in North America, certainly had to get on the US banknotes (coins and banknotes). Since 2006, the issue of investment gold coins “Buffalo” has been launched.

The American bison is depicted on the flags of the US states of Wyoming and Kansas , as well as on the coat of arms and flag of the province of Manitoba in Canada.

The number of bison kept for commercial use is about 500,000 (mostly steppe bison) at about 4,000 private ranches. However, according to the IUCN Red Data Book Recommendations , commercial herds are not eligible to be considered in the Red Data Book qualifier, therefore the total bison population is estimated at approximately 30,000 individuals, of which 20,000 have reached puberty. In the IUCN Red List, the species is defined as being in a state close to threatened (NT – NEAR THREATENED). 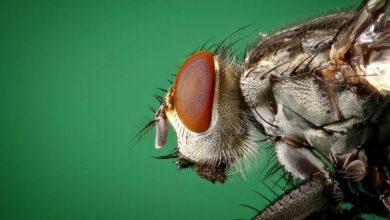 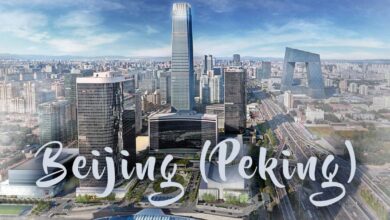 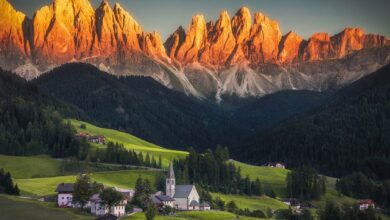