Those small inhabitants of the South American jungle live mainly on trees. The pygmy marmoset, although inconspicuous, lives in cohesive family groups, creates deep ties and makes complex verbal communication more effective. This is the smallest monkey in the world – the pygmy marmoset – a mammal that loves resin and is a loving parent.

In freedom, it can only be found in the jungles of South America. Most of the population lives in the western Amazon: in Bolivia, Brazil, Ecuador, Colombia and Peru. The rivers constitute usually the boundaries of the territories of particular subspecies. The largest number of individuals live in the area where the tree food is abundant. The pygmy marmoset can be found both on the ground and 20 m (66 ft) above it, in the crowns of the trees, less often higher.

On the tail, there are visible black rings, on the cheeks, there are white patches and between the eyes, there are vertical white lines. As an arboreal monkey, it possesses the physical features that enable it to live in the trees: it can rotate its head 180 degrees and has sharp claws, which are able to attach to branches and trunks.

The dentition allows it to consume natural wood gum (resin, sap) and the incisors are adapted to groove the bark and create ” troughs ” which allow the sap to flow freely. The monkey moves on four limbs and can also perform very long jumps from tree to tree.

Pygmy marmoset is on a special diet – it mostly eats tree gum or resin. The animal bites the bark or the branches with the teeth specially adapted to induce secretion of juice. When the resin starts to flow, the pigmy licks it. The sap constitutes also a great bait for insects, especially butterflies. The diet is complemented by floral nectars and fruits.

A group of monkeys usually feed on 1-2 trees at the same time, and after food is depleted they move to another territory. Their claws are very helpful during feeding – the monkey holds them down while eating.

The pygmy marmosets form groups composed of 2 – 10 members. They consist of one or two adult males and one or two females, of which one is usually after its first litter. The period between pregnancies ranges between 149 and 746 days. Unlike other Callitrichidae in pygmy marmosets, there is no correlation between the number of adult males and young males. Immature individuals usually remain in the group for two consecutive reproductive cycles.

Within the community, many types of verbal and nonverbal communication acts have been observed.

The pygmy marmosets’ communication skills and their complexity astonish the scientists and animal fanciers. Pygmy marmosets emit special sounds while going on the bum, while feeding young, while traveling and in a proximity of other specimens. Long conversations between members of the group occur when they are separated by more than 10 m (33 ft) or when they are in another group.

These sounds differ not only in tone but also in frequency. The recipient of the message is able to understand both the purpose of the message and its sender. It was shown on the basis of the observations that the most squeals were emitted when the dominant male constituted the sender.

Environmental conditions influence significantly the frequency, transmission speed and audibility of the message. Pygmy marmosets can be found the most often in tropical forests, dense plants and, consequently, in the territories where the humidity level is high because it enables the sound to dissipate quickly.

As the low-frequency sounds disperse in such conditions in comparison to high-frequency sounds, pygmy marmosets use the first ones only at long distances. However, the ways of communication change as the group changes. An adult person shows differences in the structure of conversations to the members of the community, which then mimic its behavior.

The so-called caring groups are created by parents, children, and siblings. They are based on the vocalizations of the offspring. The communication with the juveniles constitutes a key element of the right development and the existence of deep relationships between family members. The newly born monkeys emit sounds which resemble the babbling and change into mature verbal communication over time. A loud offspring is provided with more care and the whole family can function properly without the necessity to watch the young constantly.

Older siblings participate in caring for the juveniles, therefore they learn how to care for their own offspring in the future. What is interesting, the females are able to inhibit their fertility (by stopping ovulation) in order to help young females with the juveniles. It has been estimated that newly born pygmy marmosets are cared for by about 5 adult monkeys, which are also responsible for providing food and helping the father in protecting the juveniles against predators.

Within the species, there is a great reproduction regularity. Females give birth to twins 1-2 times a year, however, it happens that a single specimen is born as well. They represent 16% of all births, while triplets represent about 8%. Pygmy marmosets are usually monogamous, however, they may occasionally practice polyandry (one female has several males and the fathers are responsible for the care of the young).

It seems that a female undergoes an ovulation when she treats males in a mild way. An important element in recognizing the ovulation is also the odor secreted from the breast glands and those around the genitals and the anus. The females leave this fragrance on various objects thus giving a signal of readiness for copulation.

The pregnancy lasts 119-140 days. At birth, the newborns weigh about 15 g (0.03 lb), and they are taken care of by the father, the mother and the whole group. For about 2 months, the male carries a young on its back and its mother is cleaning it. They reach their sexual maturity when they are 1-1.5 years old and they give birth twice a year. 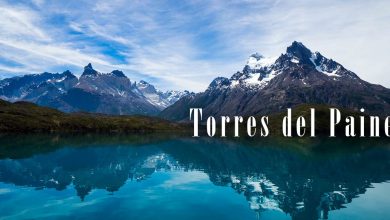 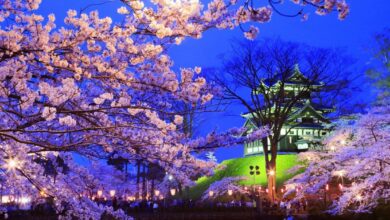