Ocelot (Leopardus pardalis) – the most beautiful wild cat in the world

The ocelot is a carnivorous mammal that belongs to cats family Felidae. The ocelot resembles the cheetah in appearance, and is also known as the dwarf leopard. In comparison to other predators, it is quite small but agile and as dangerous as its larger cousins. Beautiful and silky fur, which is the target of many poachers, is what distinguishes this cat from others. Although ocelots are protected, they are still being killed.

Nowadays, the ocelot may be found in South America, Central America and southern parts of North America, and also on islands such as Trinidad or Margarita. Ocelots inhabit mainly tropical forests. They are also found on fields and plantations of sugar cane. Although ocelots are wild animals, they can often be seen near human settlements. They can live at altitudes to 1,200 meters (3900 ft).

The female often pulls fur out of her belly fur to line the nest for her kittens.

There are usually several kittens in a litter, 2-4 maximum. A female has only two pairs of nipples (the domestic cat has 4), so she wouldn’t be able to feed more kittens.

The young open their eyes only after 15-18 days from birth. After birth, they’re tiny – they weigh about 250 g.

For the next two years, a female teaches her kittens hunting techniques, so that they can start living independently and search for their own territories.

The fur coloration of ocelots depends on the environment they live in. Ocelots living in forests are characterized by yellow or reddish fur, and those living in bushes have gray fur. Regardless of their habitat, their fur is always silky smooth.

The ocelot’s fur is adorned by irregular, dark spots and stripes. The coloration is similar to that of the leopard or jaguar. The patterns on the sides and back resemble rosettes, and the tail, paws and head are covered with continuing dark stripes. The stomach is light, ears are dark and funnily pointed, covered with white spots.

Because the ocelot is a predator, it has very strong paws with sharp claws. It’s twice bigger than a domestic cat, it weighs 18 kg (40 lb).

Ocelots are nocturnal and incredibly territorial. They mark their territory with urine scent and protect it fiercely. They often fight with each other for life and death because none of the opponents wants to give in. They spend all days resting on trees, and they go hunting only at night. A hunting ocelot has to mind other ocelots and predators, because it’s an easy target itself. Even in leafed areas, ocelots move incredibly quietly, thanks to soft foot pads under their paws. They are solitary and never pair, except for the mating season.

Great swimming skills are the characteristic feature that distinguishes ocelots from other cats (except for the jaguar and tiger).

Hunting for ocelots was the most popular in the 1960s and 1970s. About 200,000 individuals were killed every year then. Their pelts are very valuable and fur is desirable on the clothing market. In later years, people also started to steal young ocelots from their dens.

Nowadays, ocelots are protected by the Convention on International Trade in Endangered Species of Wild Fauna and Flora, Washington Convention (CITES), but despite the ban on ocelots’ pelt trade, they’re still being killed.

It is frequent that wild cats are kept by people as pets. It also concerns the ocelot. Salvador Dali himself often traveled with his ocelot named Babou, even while going abroad.

“Pet ocelots” is the name for cats of the Ocicat breed, which is the mix of the Abyssinian cat, Siamese cat and American Shorthairs. However, it resembles exactly the ocelot. Originally colored fur gives us the impression that it is a real ocelot. 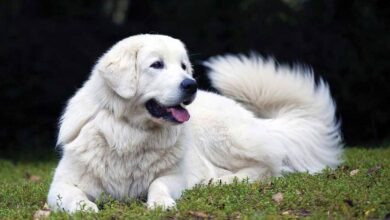