The giraffe – 6 meters of height, 2 tons of weight – this is the tallest animal in the world.

The giraffe is one of the most fascinating creatures and also the tallest of all terrestrial animals. You have certainly wondered how tall giraffes are, how long they live, and maybe, how big their hearts are, haven’t you?

Do you know what is their closest living relative and why do they have such long necks? We hope that we can answer these and many more questions, that you haven’t even asked, in this article. Thanks to that, you will know more about the tallest animal on Earth.

The Latin name of the giraffe originates from an old belief that the giraffe is a hybrid, a crossbred between the camel (Camelus) and leopard (Panthera pardus).

We can distinguish 9 subspecies of the giraffe.

The giraffe is the tallest representative of modern-day animals. Thanks to its long neck, it can notice an approaching predator just in time. Although giraffes are not aggressive – they sometimes kill lions…

Giraffes live on African savannahs south to Sahara. They live in small herds of 40-70 individuals. They feed mostly on leaves and tree buds, mainly of Acacia trees.

The giraffe is an incredibly cautious animal. It has perfectly developed sight and hearing. Thanks to its extraordinarily long neck, it can observe large areas and notice an approaching predator in time.

From time to time, an adult giraffe is attacked by a leopard, but the lion is the only carnivore that stands a chance of defeating a healthy giraffe. The most reliable form of defense for the giraffe is escape, but in exceptional situations it can defend itself from a predator with kicks – there have been cases when such a kick killed an adult lion.

The horn-like structures on the head, covered with skin, are the characteristic feature of giraffes, and there can be 2-5 of them, depending on the species. Males use them in fights, when the dominant individuals emerge. During these fights, the animals stand beside each other and hit each other with their heads and… they rub their necks against each other. The duels are never bloody – short and rounded horns are not dangerous. After a duel, the defeated animal walks away, not being bothered by the winner.

Giraffes are not endangered. Their population consists of around 110-150 thousand individuals.

Giraffe – interesting facts. Do you know…. 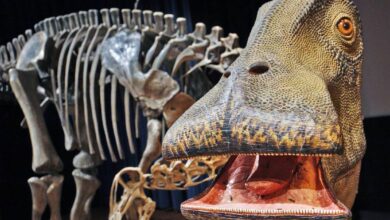 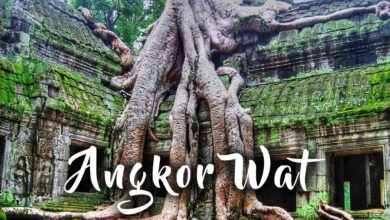