In the Western world, zebroids are treated as a major attraction of zoos. In many countries, people appreciate their survival skills and endurance. Their interesting appearance is another asset that is eye-catching in any place where a zebroid appears. From this article you will learn many interesting things about these extraordinary hybrids.

The term “zebroid” refers to all equine crossbred with a zebra. The breeding is artificial, and the offspring of such hybrids are usually infertile. In most cases, a zebroid is the offspring of a male zebra and a horse mare or donkey mare, although the hybrid of a zebra and a donkey is very rare.

Donkeys and wild equids have a different number of chromosomes (a donkey has 62 chromosomes, a domesticated horse 64, and the zebra, depending on the species, has 32-46 chromosomes), but the hybridization of both of these species is possible.

Zebroids were initially bred in Africa in order to create an animal resistant to diseases transferred by tsetse flies. Zebras have natural immunity to these diseases (for example, nagana), while African donkeys and horses don’t.

The hybridization of zebras and horses became popular at the beginning of the 20th century, when the demand for draft horses started to decrease along with the increase in automobile production. For a long time, such experiments weren’t conducted, until the 1990s. Since then, a number of zebroids have been created, that were used as draft animals or for riding, and as an attraction in zoos.

A zebroid resembles the non-zebra parent, however, it inherits zebra stripes. The stripes usually don’t cover the whole body, they can occur only on legs, the back, or the neck and the head. If the non-zebra parent belongs to the breed with patterns (e.g. the Pinto horse, the Appaloosa, a skewbald horse), this coloration may occur in the offspring.  In this case, zebra stripes don’t occur in white areas of the body.

Zebroids sometimes resemble the extinct subspecies of the zebra called the quagga.  Their appearance is a result of the combination of a zebra with a sorrel horse. The hybrids of a zebra and a donkey usually have stripes on the hind parts of the back and on their stomach. Generally speaking, the coloration of a zebroid is mostly dependent on the non-zebra parent.

A zebroid is more effective in cooperation with humans than zebra. You can ride it, because the shape of its body is inherited from a horse or donkey mare. However, the temper of a zebroid is more similar to the zebra, therefore, it may be difficult to tame. It also occurs that a zebroid, similarly to a zebra, is very strong physically, but also aggressive.

Modern use of zebroids

Today, zebroids are bred for riding and as circus and zoo individuals. The hybrids of a horse and a zebra are found in Africa and are used for trips on Mount Kenia. The zebra parent gives the offspring great immunity to nagana – a parasitic disease of mammals, caused by trypanosomes. Moreover, such an animal can endure more than a domesticated horse, therefore, it is often used as a pack animal during long trips in the mountains.

In 2011 in England, a Zetland foal was born – a combination of a zebra and a Shetland pony.

Usually, a zebra stallion is bred with a domesticated horse or donkey mare, but in 2005 in Barbados, a Burchell’s zebra (Equus quagga burchellii) called Alison was paired with a donkey sire. They produced a zonkey named Alex which was born on 21 April 2005. A horse stallion was paired with a zebra mare in 2007. They produced a zebroid named Eclyse that was characterized by extraordinary coloration. Similar projects took place many times in different regions of the world, for example, in Georgia (2010), China (20110 or Italy (2013).

Bigfoot or Sasquatch - does it exist? 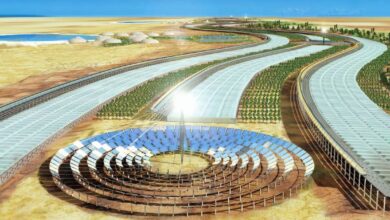