A brief history of roses

The beauty of roses is indisputable, according to many flower lovers, no plants can match them in this respect. They are characterized by a unique variety of sizes and appearance, as well as colors. Suffice it to say that it is easier to name those colors that naturally do not occur in roses – these are blue and black. Today, thousands of rose varieties are known – more than any other ornamental plant.

Currently, over 360 plant species belong to the Rosa genus. The most popular are the wild rose (Rosa canina) and the field rose (R. arvensis). The most famous in the world is the French rose (R. gallica), from which most of the cultivars known today originate. Contrary to its name, this species originally appeared in southern and eastern Europe and Turkey, from where it was brought to France by the crusaders. A famous species is also the Japanese rose (R. rugosa) from Japan, brought to Europe in 1796.

The origin of many plants can be determined by the number of chromosome pairs and the occurrence of individual species. The oldest species of roses have 7 pairs of them (in the later ones it is a multiple of this number). It is believed that the cradle of the roses is East Asia and from there migrated to other regions.

The wild rose range covers the northern hemisphere – almost all of Europe, most of Asia, North America and North Africa. A rose has never been found south of the equator, unless it was brought there by man. Their seeds need a cool period to germinate, which is why the warm climate was too much of an obstacle for these plants.

Roses usually require good lighting and plenty of moisture, but are quite drought tolerant. Some of their species have adapted perfectly to life in environments unusual for roses, such as the semi-deserts of Arizona and the marshes of South Carolina.

The greatest number of rose species is found in Asia (approx. 90), of which 48 – in China alone. The smallest number (7 species) is found in northern Africa. However, determining the number of rose species more precisely is practically impossible due to the fact that even around species known for years there are still disputes whether they are varieties resulting from adaptation to a different environment.

It is said that there is no rose without thorns. This is true – spines are common to all species of the Rosa genus. Interestingly, scientists to this day are not sure what their role is. It is believed that they originally helped plants climb tree trunks towards sunlight. Many researchers believe that they are used to store water – roses have been noted to produce more thorny stems during drought.

Roses are known primarily as a garden decoration. Today we know about 4,000 varieties of them – more than any other ornamental plants. The beauty of the flowers and their fragrance, as well as the ease of cultivation, made roses a favorite garden shrub thousands of years ago. There are reasons to believe that the beginnings of professional rose cultivation are to be found in China during the reign of Emperor China-Nun (2737-2697 BCE). In the 6th century BC Chinese merchants often distributed roses along the Silk Road to the Roman Empire, which contributed to the development of breeding these flowers in Europe.

Asia is unique to roses for one more reason – only there are species that bloom continuously from the beginning of summer to the end of autumn. In addition, the development of Buddhism, emphasizing a contemplative life, fostered the creation of small gardens as places of spiritual renewal. There is no doubt that it is there that many valuable varieties of flowers were obtained – as evidenced by numerous paintings of roses.

However, large-scale roses began to be grown only in Persia. It was also there that rose water was first made. Trade in this product reached China in the east and Spain in the west. The documents from the years 810–817 provide some idea of ​​the production volume, which show that the Faristan province had to pay the Caliph of Baghdad an annual tribute of 30 thousand bottles of rose water.

There is no evidence that the ancient Greeks cared for flower gardens (primarily because the Greek landscape is full of natural flowers), but an exception was probably made for roses. There are references to oils and rose-scented water, which was supposed to be worth more than gold.

The source of these cosmetics was probably French rose – after drying, its petals retain their fragrance, besides, it is undemanding and easy to grow. Rose growing gained popularity during the days of the “father of botany”, Theophrastus of Eresos. He wrote a dissertation in which he commented on the care of roses. On a commercial scale, the Romans began to cultivate roses due to the growing demand for fragrances and flower petals for religious ceremonies.

With the fall of the Roman Empire, rose breeding is shrouded in mystery. There is no doubt, however, that medieval monks cultivated and conducted research on the properties of roses.

It is known that the French rose was known as the “Rose of Provence”, from which perfumes and remedies for eye, heart and stomach ailments were made. This rose gained fame also for its beauty – the English count of Lancaster brought it to the British Isles and placed it in his coat of arms – with time it became a symbol of the royal family. It was not until the 16th century that the records of earlier eras were discovered, thanks to which the development of rose breeding continued, which continues to this day.

Completely describing the history of the roses is almost impossible due to the small number of reliable sources. Their lack is also due to the fact that numerous breeders kept the details of their achievements secret and took them to the grave with them. Only the roses have survived – the results of their many years of efforts. 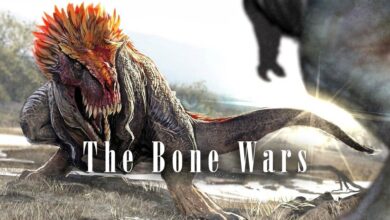