There is a moment when the magic happens in Tokyo. There is a moment when nature, so stifled by concrete, triumphs over this city. In Tokyo, this moment is happening right now! (Sakura is the Japanese name for ornamental cherry trees and their flowers. Hanami is the custom of admiring flowers, especially cherry blossoms, which has been practiced in Japan for several hundred years – ed.).

Japan is the Land of the Cherry Blossoms. In spring, magic happens in Tokyo – we have the Hanami festival, i.e. admiring cherry blossoms. It’s a two-week period when the concrete-stifled nature triumphs over this city.

A terribly funny thing – for some time I thought that when cherries bloom, trees always bear fruit after flowering. I admit, I do not know much about vegetation, and then I did not bother to think a little – a person hears the word cherry, often in the eyes of the imagination he simply sees a cherry and there is simply no space for further deliberations here. However, as is commonly known, Tokyo cherry trees are ornamental trees characterized by lush flowers and a beautiful fragrance, and if it ever happens that any of their varieties bear fruit, they are a delicacy, but only for birds.

Someone might say – woman, think logically! Who would collect it all? How much compote, jam or juice Tokyo would have to process from such a huge amount of this juicy gift of nature? The city is not a plot of land, so where would this delicious fruit appear in the middle of such an elegant place?

Well, if, for example, we would forget about all pollution for a moment, then everything is possible in the case of the Japanese. And if someone denies trees with fruit in the navel of the world, I will answer him that they are present! In many large cities, there are still places where mirabelles grow. In Tokyo, I saw with my own eyes citruses and pomegranates growing on trees. I also have lime and green olives in front of my house.

Although I started the subject of Sakura quite peculiarly and very down to earth, it cannot be denied that the cherry blossom in Tokyo is a much more spiritual event, because it escalates many unusual events and human reactions. There is no doubt that this is a celebration that lasts for several weeks. Sakura itself is very fleeting, but preparations for it begin much earlier, before the first buds appear on the surrounding trees. These preparations herald the coming of what is so beautiful, special and so precious because it passes away so quickly. What are these preparations about?

First of all, the word Sakura appears everywhere – in TV commercials, on local billboards, in the menu of almost every cafe or restaurant. Sakura will get you even in the neighborhood grocery store, whenever you want to sin by buying a waffle 😉

It is not only pink because of the explosion of color, the weather is also “pink” at this time. By endowing the city with the sun and the warmth emanating from it, it pays tribute to the upcoming flowering together with people. Festivals take place in the city, feast points are set up – both paid and organized on their own, and everyone drinks champagne. Mugs, cups, all kinds of plates, or glasses – everything is often decorated with pink flowers. Painted on glass, “cherry blossom” is always a consistent accent with a festive environment, which expertly fuels his joy and creates an optimistic atmosphere.

It just so happens that when the setting is appropriate, there is also no shortage of people. Big, small, from newborns to those who can barely move – everyone goes wherever they can “absorb” the most of the gifts of the pink blossoms of the surrounding trees. There is no place in the parks, no place on the promenades, the crowd is along the streets, literally everywhere where cherry blossoms appear. Everyone wants to enjoy the beauty of cherry blossoms and intoxicate themselves with the intensity of this cherry fragrance, up to a headache.

It takes time, precision, and in such a crowd cleverness is also necessary. All this so that the captured picture is as planned – without the masters of the background, who are not missing at that time.

I was wondering what exactly this magic is about and what makes this moment so special. Before I experienced it personally, I killed my excitement with a kind of nonchalance – after all, I had seen flowering trees many times.

Spring in Tokyo, in the blink of an eye, brought my innate Polish restlessness to its knees. It took my breath away, stupefied my nostrils with its fragrance, and my eyes, thirsty after the winter, transmitted impulses of hope to my brain.

I chose the canal in Meguro, where I drowned in flowers, because in such a quantity you could only sink! I was not afraid, in fact, I wanted it very much. I greedily took in what was around me until I finally recharged my batteries! It is usually not easy for me to smile, and Sakura easily unlocked the muscles in my face responsible for that action. My everyday gloomy expression vanished and it became magic! 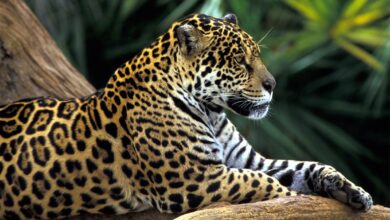