The beast of the frosty northern hemisphere. Strong as a polar bear and just as dangerous. Impressive tusks are a gift and a curse, as these giants are killed because of them. Walruses are strange, aggressive and unusual creatures.

Predatory pinnipeds inhabit the entire area of the North Pole, the Arctic Ocean and the subarctic seas. The walrus is the only living representative of the marine species (Odobenus). It feels best in shallow waters with floating ice fields. A common sight is a walrus floating on the ice floe.

The adult specimen has impressive size, powerful upper tusks and flippers instead of paws. Its skin is practically hairless and has many folds. The front flippers are larger than the rear ones – they are the basic organ of the movement.

The upper lip is equipped with whiskers – sensory hair. The walrus has from 400 to 700 such hairs, arranged in 13-15 rows. Whiskers can be up to 30 cm (12 in) long, but due to the frequent use of the mouth as a sea-bed digging device, they are much shorter. They grow out of muscles, and are connected to blood vessels and nerves, making them a very sensitive organ.

The skin is cinnamon or light brown in color. The skin is darker on the breasts and abdomen. A walrus sunbathing in the sun turns pink due to the expansion of blood vessels. When swimming in icy water, the walrus turns almost bluish-white due to constriction of the blood supply vessels.

In addition, the skin is very thick – up to 10 cm (4 in) on the shoulders and neck. The layer of subcutaneous fat is approx. 15 cm (6 in). A bag filled with air hangs under the neck, which allows the walrus to sleep and swim upright.

Both males and females have developed upper tusks, but in the former they are thicker and longer because the walrus uses them for dominance fights as well as during presentation in front of the female. The owner of the largest tusks in the herd is usually the dominant individual. In addition, the tusks serve as an aid in moving from water to ice.

Apart from the tusks, the walrus is equipped with other teeth, but they appear in a rudimentary form (approx. 50%), therefore a typical walrus dentition has about 18, not 38, teeth.

The walrus resides on rock shelves, forages generally in deep waters, but never ventures out to the high seas. It is not a very specialized diver compared to other pinnipeds. The deepest observed draft was 80 meters. However, they can stay under water for up to half an hour.

The walrus has a very rich diet. It feeds on over 60 types of marine animals: including shrimp, crabs, tube worms, soft corals, tunicates, sea cucumbers, various mollusks (such as snails, octopuses, and squid), some types of slow-moving fish, and even parts of other pinnipeds.

It practically does not hunt sea birds at all. One of his greatest delicacies is clams, for which it digs up the seabed. Dredging the bottom for food (bioturbation) has a big impact on the bottom environment as nutrients are then released into the water, mixing and accelerating the flow of organisms.

Due to its huge size and strength, the walrus has only two opponents in the fight for the title of king of the Arctic. Apart from him, the polar bear (Ursus maritimus) and the killer whale (Orcinus orca) are also competing for this honor. The walrus is not their favorite delicacy, so they can hardly be called its natural enemies. Orcas and polar bears often attack young and sick individuals, thanks to which they regulate the numbers of these predatory pinnipeds. Sometimes there are fights between a polar bear and a walrus, but the clashes are long and exhausting for both sides.

The walrus is a social animal that lives in herds of many thousands. For most of the year, the herds are made up entirely of males or females. Young and old males also form separate communities. The hierarchy is based on the size of the body and the length of the tusks.

The mating season is from January to April. During this time, the amount of food consumed by males drops dramatically. Females begin to ovulate at around 6 years of age. They come into heat around February and at the end of summer.

During the mating season, males approach the herds of females, presenting their sounds and competing with other males – they fight with the use of tusks. Females join males by entering the water to mate.

Gestation lasts 15-16 months. Young are born during migration – from April to June. During the first 3-4 months, the embryo does not develop. This is a common phenomenon in pinnipeds and is called prolonged pregnancy. It is suspected that it is a form of protection of future offspring against unfavorable environmental conditions.

The newborn walrus weighs between 33 and 85 kg (73 – 187 lb) and can swim. The young can spend about 5 years with their mother. The female does not ovulate throughout the entire lactation period.

In late summer and autumn, walruses form huge clusters of tens of thousands of individuals appearing on pebble beaches and dunes. More than ten thousand Pacific walruses migrate from the Bering Sea to the Chukchi Sea through the Bering Strait. 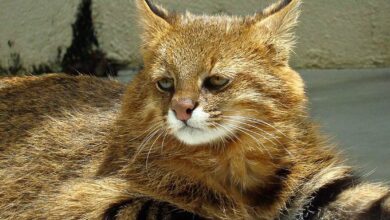 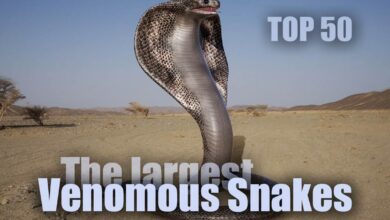