In the small, inconspicuous body of Dachshund is hidden strong character, feistiness and great exuberance. So if you want to take it under your roof you should think if your temperaments will match each other well. The small size of Dachshund can easily mislead – disappoint some and delight others. One thing is sure – you cannot get bored with this dog.

Today’s Dachshund breed originated in Germany by combining the genes of German, French and English hunting dogs, including terriers. In their heyday, dachshunds were the favorites of crowned heads, including Queen Victoria. They were originally bred as burrow hunting dogs, mostly badger hunting. Their main sense when tracking a victim was the smell.

The breed was distinguished in the Middle Ages. Thanks to it, not only badgers were hunted, but also rabbits. Short limbs and an elongated, narrow-body made it possible to enter the animal’s burrow and kill it. There are also smaller varieties of dachshunds that hunt hares and ermines.

Dachshunds had and share many of the characteristics of terriers; a flexible mind and courage, thanks to which they can hunt foxes and even otters. The dachshund population declined during World War I, but many of these dogs were taken to the US where the breed was successfully recreated.

The long silhouette supported by short, muscular limbs is probably well known to everyone. The snout is slightly elongated and slender, the ears are set high, hanging down, slightly rounded at the tips. The eyes are oval-shaped, they are full of warmth and intelligence, but also sharpness.

The irises may be dark brown in color, although there are also porcelain, pearl or fish shades (they occur mainly in the marbled variety). Within the breed, 3 varieties of hair were classified: smooth coat (short hair), long-haired, and wire-haired:

It is characterized by thick, hard, close-fitting, short hair. There are also 3 types of color:

Straight, shiny, double-layered coat. Longer on the neck and lower abdomen. Forms dangling feathers on the ears; the tail covers the longest hair. The coat color is the same as in the short-haired variety.

Coarse, close-fitting coat with an undercoat (not on the muzzle, eyebrows and ears). There is a beard on the muzzle and bushy eyebrows above the eyes. The hair on the ears is shorter than on the rest of the body. The color of the shorthair variety plus a light or dark shade.

The modern dachshund is a dog full of life and tenderness. It is courageous, proud and funny. Due to its instincts, it can be a difficult roommate in a small apartment, but good training should extinguish these instincts. It feels good on the road, but needs an owner – a leader who cannot be dominated.

When a dachshund notices that it is towering over a person, it ceases to respect it and causes problems, e.g. destroys furniture or shows separation anxiety, obsessively guarding its food, toys and other objects.

The dachshund left alone, can become nervous and will try to defuse its frustrations by biting objects or excessive barking. Inadequately brought up can become unpredictable towards children and stranger adults. In extreme cases, it can be unpleasant even for the owner.

Properly trained dachshund is a good companion, although it may show overprotection towards children, because it is difficult for the dachshund to see a leader of the pack in a small human. If it does not see leaders in family members, it may be jealous, irritable, and stubborn. It would also be able to bite even an owner.

As you can see, despite its inconspicuous size, Dachshund is a dog with strong character and needs wise owner. Most people treat Dachshunds like children, not seeing their strength and not appreciating their potential. And this can turn against humans. Dachshund should be put clear boundaries, which it should not cross. By allowing it to do everything we let it know that it is our leader.

Dachshunds are famous for their love of digging burrows – it is their natural need, thanks to which they work well as underground hunting dogs. This behavior also shows great stamina and a need for exercise. You should go out with your Dachshund on daily walks and play in open, safe spaces. However, you should not force it to jump – it may end up damaging its spine. 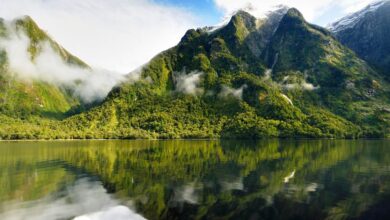